When Paul Polman, CEO of Unilever, recently echoed the words of Jack Welch about shareholder value being the”dumbest thing in the world” and by adding that “it’s easy to be a short-term hero. It’s easy for me to have tremendous results very short term, get that translated into compensation and be off sailing in the Bahamas”, he re-started an old argument that was considered to be settled long ago.

When Paul Polman, CEO of Unilever, recently echoed the words of Jack Welch about shareholder value being the”dumbest thing in the world” and by adding that “it’s easy to be a short-term hero. It’s easy for me to have tremendous results very short term, get that translated into compensation and be off sailing in the Bahamas”, he re-started an old argument that was considered to be settled long ago.

However, if one is looking after all stakeholders – including customers, suppliers, employees and the environment – shareholder value is optimised as a result.

Such enlightened perspectives on a company’s aims need to be translated into clear guidelines for managers, and the adoption of a different incentive structure to reflect this. If the bottom line alone is no longer the basis of a steering mechanism for the company and its top management, what is? What kind of incentive system should be put in place to make management target sustainable economic profit growth over short-term profit maximisation to drive the share price up?

The undisputed aim of companies all over the world is to make a profit for owners by increasing value and paying dividends.

So how could public companies be encouraged to behave more like privately owned ones?

Creating an alignment of a company’s aims with the aspirations of its management is the job, in publicly quoted companies, of the board’s remuneration committee. As the worldwide economic crisis has thrown a harsh spotlight on the shortcomings of a number of companies and sectors, there appears now more than ever in the last 20 years a willingness to re-examine the old ways and look for alternatives.

The recent banking crisis provides some examples. Did it make sense to pay gargantuan bonuses on revenue and profits without regard to the risk that was taken to achieve them? Did it make sense to pay such bonuses based on single-year results? Most would agree that it did not. The remuneration committees in all banks are looking at three to five year rolling bonuses schemes at present and if they are not yet, they should. 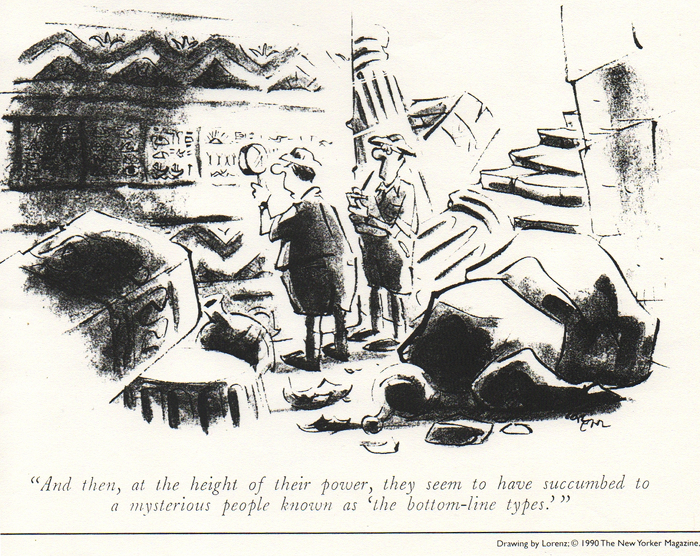 One problem with simple profit-related schemes is that they rely on the company’s audited profits defined by accounting standards rather than by economic considerations and can therefore be subject to short-term manipulation or “gaming” of results. We therefore advocate economic profit as the basis for remuneration because it includes all revenues and operating as well as capital costs. We also advocate the use of a bonus bank so that in good years some portion of bonuses are held back and remain at risk to encourage sustainable performance improvements over future years.

However, even when profit as the criteria for remuneration is taken over a longer period than the accounting year, the potential of misalignment remains. It can have many guises.

In capital intensive industries where depreciation of plant and equipment is a significant expense, the temptation to postpone – or totally avoid – new investment is strong, and, as a consequence, they continue to work with outdated machinery. It improves the bottom line and the managers’ earnings in the short term, but “savings” of this kind clearly affect the long-term competitiveness of the business.  Over time the costs of maintenance and repairs increase, quality falls as the machinery ages and the proportion of rejects and unproductive downtime increase.

Large parts of the indigenous car industry in the US and UK were examples of such behaviour, where depreciation had sunk to near zero to make these companies appear better than they were and allow their managers to still pocket bonuses – until they were bought by unsuspecting foreign investors or filed for Chapter 11.

The lesson from Europe

We recommend therefore to learn from what many European manufacturing companies already do. Their definition of economic profit includes notional depreciation on the replacement value of all production plant and machinery independent of age and residual value on the balance sheet, thus making the decision free from accounting rules and solely subject to economic considerations. If the difference between accounting standards depreciation and notional depreciation on replacement value were deducted, many companies’ annual results would look quite different.

In sectors where prospects depend greatly on Research and Development (R&D), like the pharmaceutical industry, amortizing R&D over a multi-year period versus the accounting approach of expensing it in the current period ensures that R&D is truly treated as an investment. It removes the incentive to cut R&D in any single period just to “make the numbers.” In other words, here economic profit would be greater than the accounts profit and more equally spread.
The same goes for the “investment” in product development, particularly important in all fast-moving consumer goods producing sectors.

The important thing is to look at every company and sector individually, when designing incentive systems for the longer term. Of course there is a trade-off in making these adjustments that must be considered, as every adjustment needs to be tracked over time and made transparent to the participants of an economic profit-related incentive scheme. So ideally they need to be kept to a minimum, be tailor-made for the company’s aims and be as transparent and cost-effective as possible.

By approaching the definition of economic profit in a flexible manner, one can get management support for it and drive the right behaviour to ensure not only the long-term survival but also sustainable economic profit growth of the company. This approach needs not only chairmen of remuneration committees who are truly independent in their dealings with executive directors but who are also able to communicate the companies’ aims to their shareholders.

There has been a lot of talk about re-balancing the economy and the new government in the UK wants to make a difference – as the last one intended – and at least arrest the decline of manufacturing industries and narrow the trade gap. For the Obama administration the task is not dissimilar – just so much larger. Changing economic behaviour would be a starting point.

German Robert (Bob) Bischof has lived and worked in Britain for 40 years. He is convinced that the two countries can gain much by learning from each other. Well-known for his outspoken comments on economic, political and industrial issues concerning Britain and Germany, he is a regular contributor to a range of newspapers and other publications, including the Financial Times and other national papers. View all posts by Bob Bischof