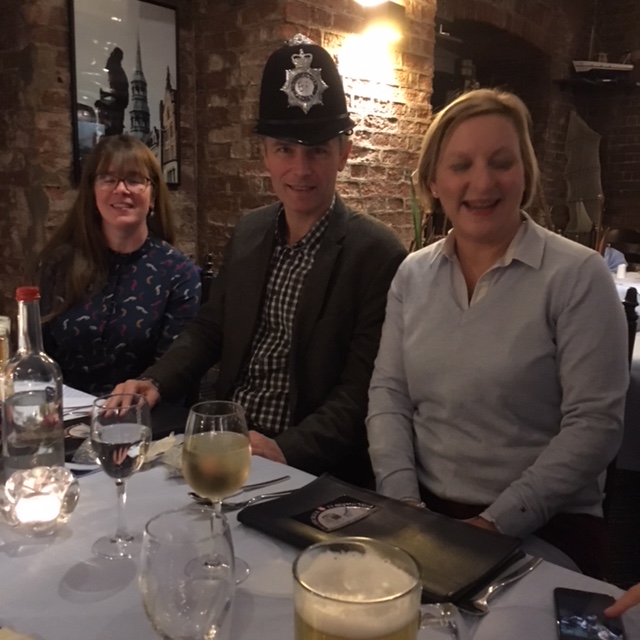 Bob Bischof organised a fact finding mission for the top training team of the Metropolitan Police to Hamburg led by Penny Benham Detective Chief Superintendent, in the picture with her colleague Helena Devlin and Managing Director of the Hamburg Police Academy, Thomas Model sporting an English Bobby police helmet – a gift from his visitors.

Police training in Britain and Germany are very different – the Germans put more value on college education during the two year training whilst the British prefer “on the job training”. The U.K. team was also impressed by the police car driving simulator, which their German colleagues use to reduce driving training hours on the roads.

A return visit to London is planned for later this year.

German Robert (Bob) Bischof has lived and worked in Britain for 40 years. He is convinced that the two countries can gain much by learning from each other. Well-known for his outspoken comments on economic, political and industrial issues concerning Britain and Germany, he is a regular contributor to a range of newspapers and other publications, including the Financial Times and other national papers. View all posts by Bob Bischof

One thought on “Bobby Exchange”